Tatar gorge = Cheile Tătarului is the main part of a nature reserve, situated in Bucegi mountains in Dâmboviţa province, district of Moroeni. It is a gorge in the upper Ialomiţa basin, cut by the river Ialomiţa into limestone of the Upper Jurassic, with an altitude of about 1450 m above sea level (Figs. 1-4). Fortunately, in 1988 it was nearly not affected by the damming up of the river Ialomiţa to the storage-lake Bolboci, which is situated immediately downstream. The region with the gorge was declared as protected area of national interest (nature reserve of mixt type) in III. 2000, because of special geological-geomorphological, speleological, botanical, and palaeontological qualities and its landscape (http://ro.wikipedia.org/…). The fauna was not considered for that declaration. But Cheile Tătarului is also an interesting place for evolutionary research on land snails of the genus Alopia. It is the aim of this article, to make known this important quality and to plead for a better protection.

Alopia is a genus of the land snail family Clausiliidae (door snails), which is distributed mainly in the southern and eastern Carpathians, Romania. It is particular because it includes left-coiled (L-) and right-coiled (R-) species. In some mountains of the southern Carpathians, L- and R-species occur together, in part sympatric (in the same region) and in some localities even syntopic (at the same place). They are more or less similar looking like mirror-images and are therefore called enantiomorph species. This is also the case in the Bucegi mountains, the main part of which is inhabited by the L-species A. straminicollis Charpentier (Fig. 5) and the R-species A. livida Menke (Fig. 6). In those parts of the mountains, e. g. in Cheile Tătarului, where these species live together (Fig. 7), they hybridize to a limited extent. In this case, this hybridization becomes phenotypically manifest, because both species differ sharply by their closing apparatus. A. straminicollis has a fully developed closing apparatus, A. livida a strongly reduced one (Figs. 8-11). It is a task of evolutionary research to investigate this interspecies hybridization by morphological and molecular genetical examinations.

The peculiarities of the Alopia fauna of Cheile Tătarului are known since 1927 when R. von Kimakowicz, malacologist from Sibiu, began to collect in the region. He noticed the striking variability of both species from the gorge (named by him Defilé 2), but did not recognize it as a product of hybridization (Kimakowicz 1933). In the seventies of the past century (1975-1980) I collected Alopia species in the Carpathians, among others also in the Bucegi mountains, and investigated on this occasion the variability and distribution of the enantiomorph species in Cheile Tătarului. In the following, the high variability was recognized as the product of  interspecies hybridization (Grossu 1981; Nordsieck 2007, 2008, 2016).

In 1977 I counted the individuals of both species at definite localities within the gorge and ascertained the percentages of hybrids (Fig. 4). The results were listed and recorded in a map. It could be shown that the percentage of hybrid phenotypes depends on the frequency of  the enantiomorph species, occurring at the same place. This means that some parts of the gorge are inhabited by mixed populations of both species with different percentages of hybrids. In 2015, the counts have been repeated. Apart from the fact, that the individual numbers had severely decreased, the occurrences and the majority relations of the species were the same. Only the percentages of the species had somewhat changed. Recently, molecular research has been initiated to check the results of shell morphology.

The decrease of the snails which might be caused by changing environmental conditions shows that an effective protection of the gorge is necessary. Regrettably, the way through the Cheile Tătarului is a through road, used by many people especially at weekend and in the holidays to visit the objects of interest around Lake Bolboci. The result is a high amount of cars and persons who move within the gorge, not to advantage to its flora and fauna. Besides, as accompaniment of this mass meeting much rubbish is left within the gorge, because there is no rubbish collection and disposal. Rubbish attracts animals which endanger flora and fauna. Therefore, it is urgently needed to improve the protection. By all means, plates with instructions should be erected, and the rubbish should be collected and disposed.

During a further visit in VII. 2016, it became evident that the street through the gorge will be broadened and asphalted. The first gravel heaps were already carried up. Because, in the course of the broadening of the road, it is possibly intended to remove rocks near to the street, a drastic destruction of flora and fauna, especially of the described snail fauna, has to be expected. The snails, which are animals needing humidity for active life, occur mainly on the rocks near to the river and thus near to the street. They are only found on rocks exposed to the rain, not on those under overhanging rocks which remain dry. There, they live together with special lichens on which they feed (Figs. 5-7), together with other animals and plants which are restricted (endemic) to the southern Carpathians or even to the Bucegi mountains. Therefore, in any case, a removal of rocks at the street and thus a destruction of their flora and fauna should be avoided. The persons who are responsible for the protection of environment are urgently requested to take care of the conservation of these rocks in Cheile Tatarului and thus of a valuable habitat of a special flora and fauna, especially of rock-dwelling snails, which are, as this article has shown, of high biological and evolutionary interest. 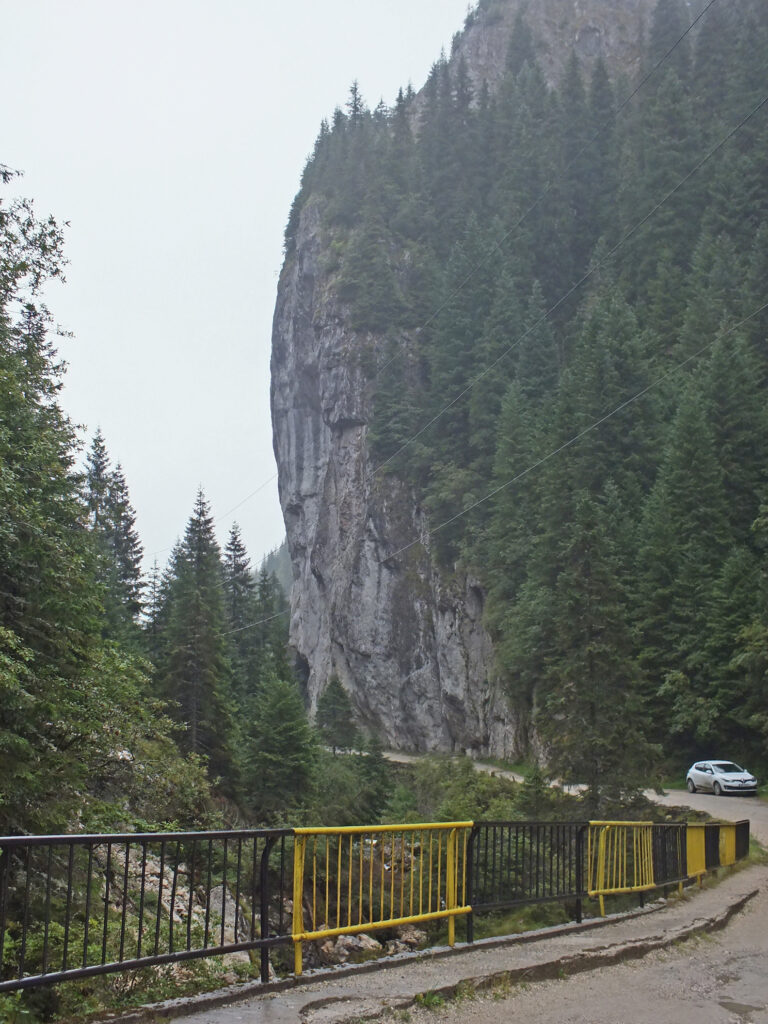 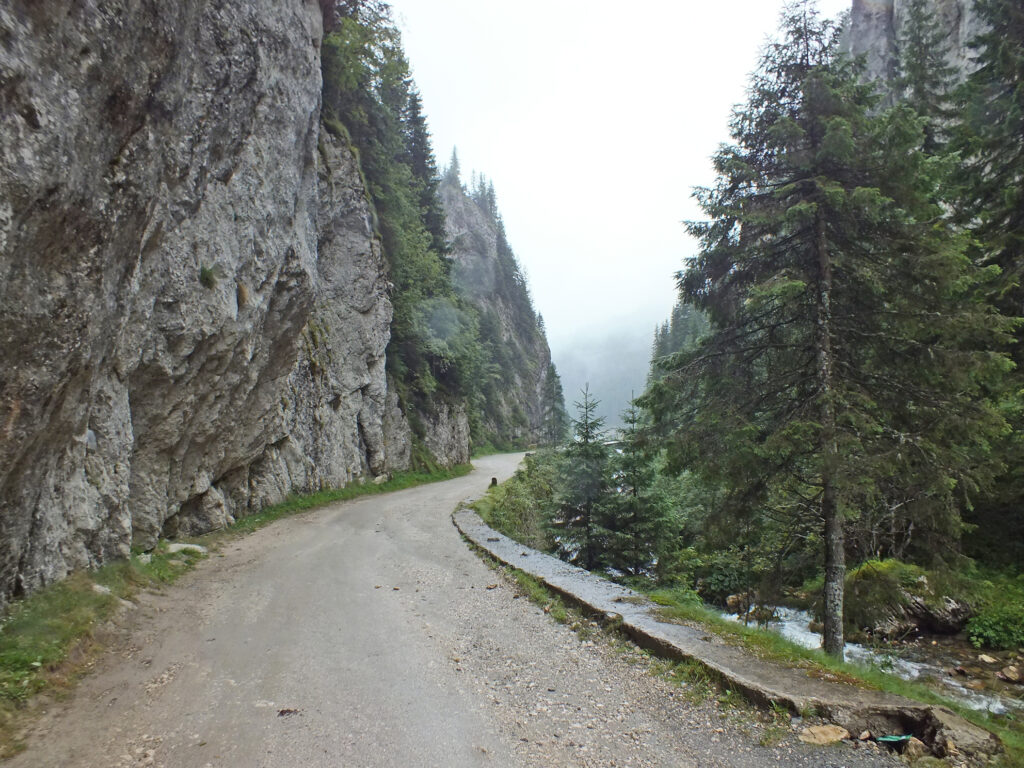 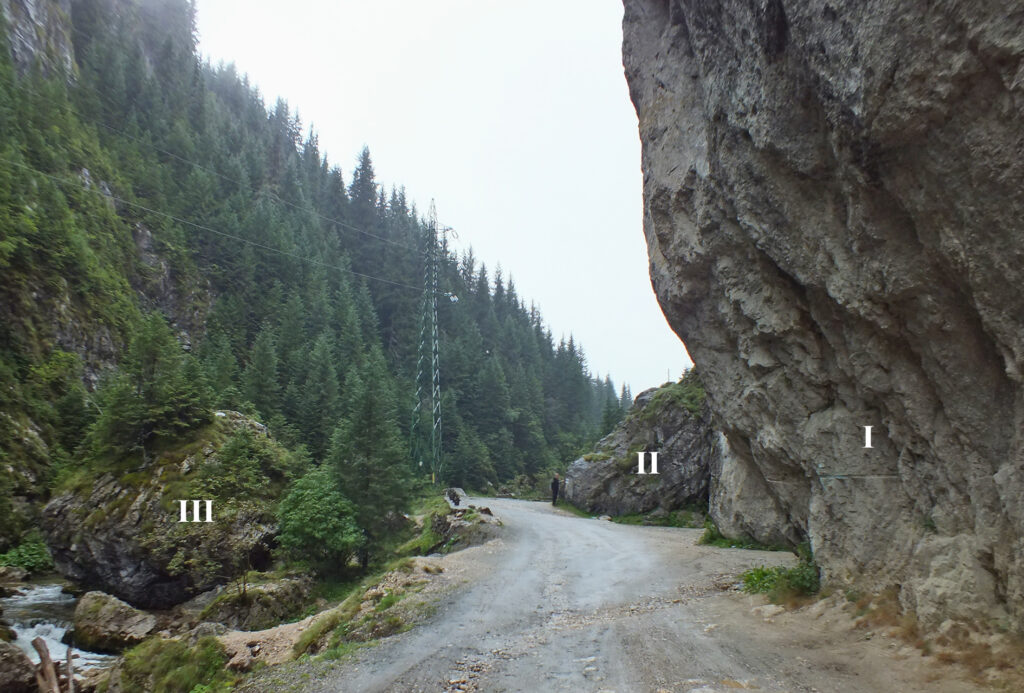 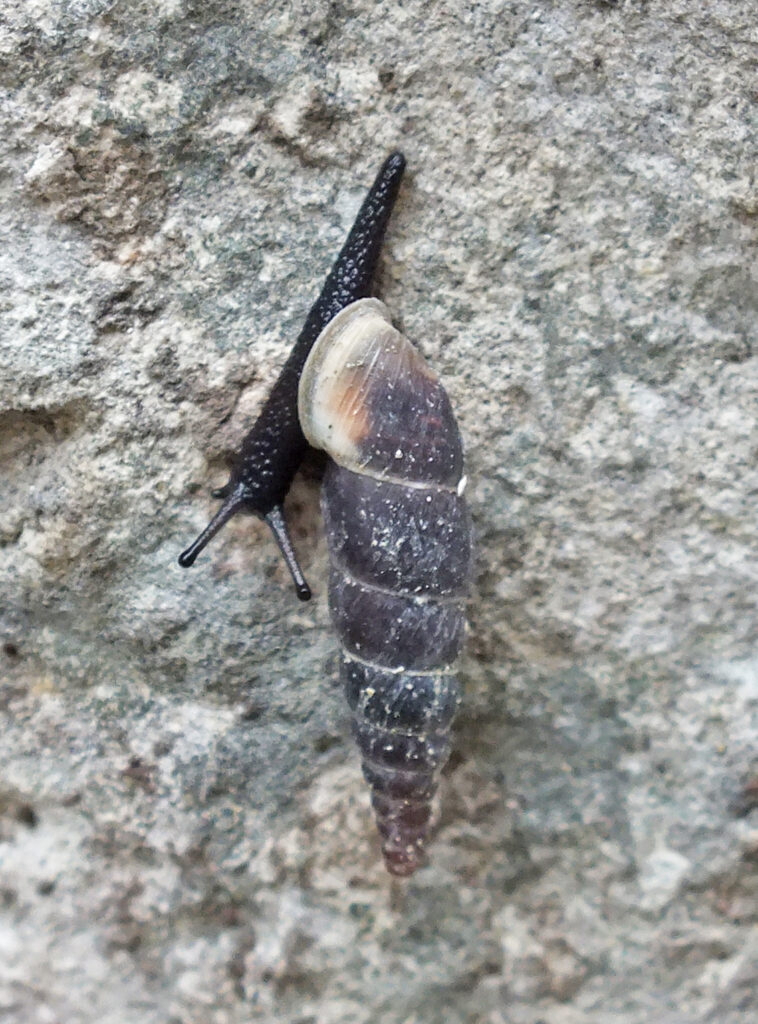 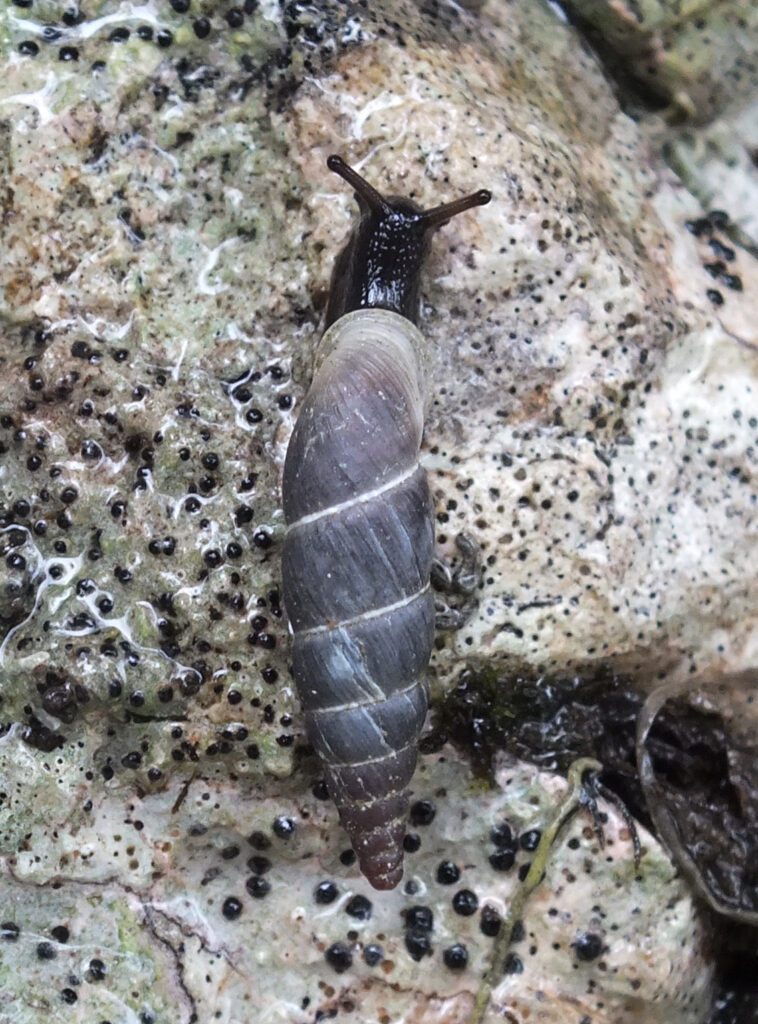 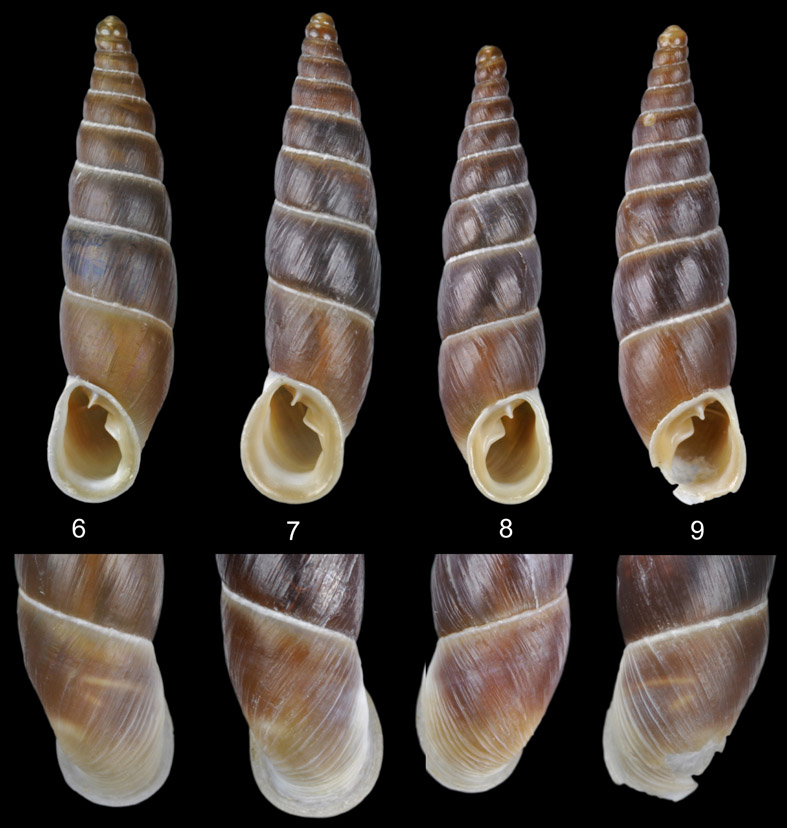 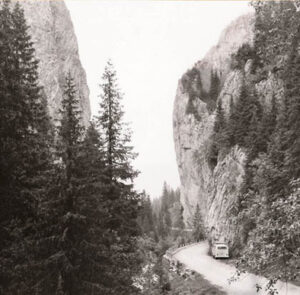