Until preparation, the material is kept dry (but not too long, few weeks at the most!). After the division into shell respectively animal collection, it should be cleaned of greater amounts of dirt and faeces, which are present especially if collected during rainy weather. Cleaning facilitates later examination and avoids growth of fungi in the shell collection.

The material destined for the shell collection is kept dry until the animals have retired deeply into their shell. Then each sample is put into a sieve, shortly plunged into hot water to kill the animals and put into 96% alcohol (spiritus) for dehydration. After several hours in the alcohol, they are kept in containers permeable to air to dry for several weeks. Only after complete dehydration of the animal, the samples should be put into closed containers. If the dehydration is not complete, decay sets in which leads to bothering smell.

The material destined for the animal collection is treated as follows: let animals come out and creep in a moist chamber, after some time plunge them in water so they stretch (but not until drowning!), then put them into a sieve and pour boiling water over them so the animals die instantly, then keep them in 70% alcohol.

After one day (not later!) open the uppermost whorls with a sting (to avoid mazeration of parts of the visceral sac), put the material in fresh alcohol and finally in the animal collection.

Labels for the animal collection have to resist water and alcohol (pencil, Indian ink, laser print).

If animals or parts of animals (e.g. foot) are destined for DNA examinations, keep them in 96% alcohol and send them to the respective institutions as soon as possible.

Killing the animals by drowning them in water is not commendable since the animal swells up too much and often retires into the shell when brought into alcohol afterwards.

Never throw living animals destined for the animal collection into alcohol! The animal will contract so much that it can hardly be used for anatomical examination. Also, this may be cruelty to animals! 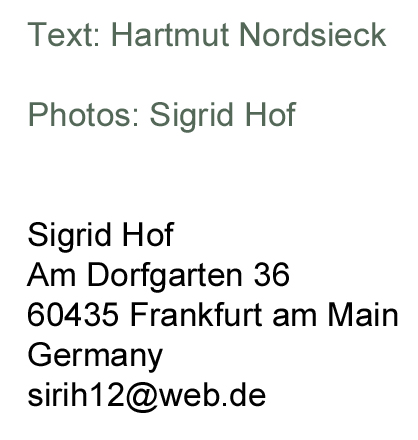